« EVIDENCE FOR THOSE WHO THINK THERE MAY BE TOO MANY FILM FESTIVALS; GUIDANCE FOR THE REST OF US | Main | IF NOT FOR ALSO TURNING 35, WHAT A GREAT BIRTHDAY » 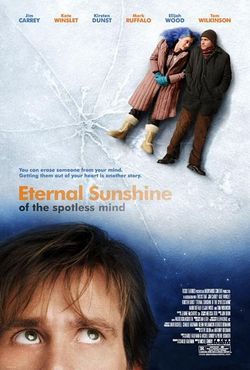 I know, I know. I've been mentioning and promising: "Here comes the list. I'm working on my list." I'm sure by this point, you're all listed out. I understand, and I apologize for the delay. But hey, at least I'm joining the game sooner than I did last year.

What's taken me so long? Well, I really wanted to see as many contenders for best of the year as possible, and with 2004 releases, that includes a lot of movies. This was one of the best years for film in recent memory. Of the 350-400 films receiving a theatrical release for at least a week in either NYC or LA, I saw somewhere around 100. That doesn't include a number of films still without distribution or coming out in 2005, and for the purposes of this list, I only included 2004 theatrical releases.

There are several films I wanted to see and will probably get to in the coming weeks, but at a certain point I simply had to say, "That's enough." Why today? Damn fine question. Because today is the beginning of the CONVERSATION. The wha? If you're familiar with Slate.com's "Movie Club," you'll have an idea of what some cohorts and myself have in mind for the CONVERSATION. We were a little tired of the "pros" having all the fun, and besides, certain members of the Slate crew were giving some of us headaches. For some reason, the Dorothy Parkers of film bloggerdom -- the great cinetrix and Liz Penn -- decided to honor me with a seat at their table. Joining us will also be the estimable Filmbrain and the all-seeing, all-knowing David Hudson. The discussion will start today and continue through Monday, ostensibly centered around this weekend's Golden Globes, but really just all about the movies of 2004. Hopefully, you'll also be joining us, so head over to the CONVERSATION.

BUT BEFORE YOU DO, don't leave yet. The lists of the best are below – the worst will come later. My comments on the "Top 10" and "Next Tier" can be found by clicking on the film titles. And without further ado …

Other Honorable Mention
Baadasssss!, Born Into Brothels, DiG!, End of the Century: The Story of the Ramones, Finding Neverland, Harry Potter and the Prisoner of Azkaban, Kill Bill, Vol. 2, Maria Full of Grace, Metallica: Some Kind of Monster, The Motorcycle Diaries, Undertow, Vera Drake, William Shakespeare's The Merchant of Venice

Might have made it (or might not!) had I seen them
Assassination of Richard Nixon, Dogville, Goodbye Dragon Inn, Last Life in the Universe, Moolaadé, Primer, Red Lights, Spring, Summer, Fall, Winter … and Spring, A Very Long Engagement, and others, I'm sure.

The Top 10 Films of 2004
The order, and even to some degree the content, of these 10 has fluctuated several times over the past week and half. What was the main qualification for a film to make this list? I suppose a combination of the initial experience seeing the movie and the degree to which it stuck with me after it was over. After the top 3 or 4, the actual ranking order could easily change in my head, but there's no doubt in my mind – nor has their been basically since March – what was number 1.


), two person romantic comedy-drama (this film and its predecessor); hip, knowing, indie comedy (Dazed and Confused). And he's just getting started, with Sci-Fi coming this year (A Scanner Darkly) and a fascinating ongoing project which he plans to shoot over the next 20 years (or something like that) using the same cast and watching it age naturally. OK, maybe he's not so great at period heist films, but big deal – one movie. For those who think Before Sunset is too talky and not really a movie, you are sorely mistaken. This film is a breathtaking work of craftsmanship, and the best way to see how is to compare it to its predecessor, Before Sunrise. I loved that film 10 years ago, not because I thought I was Ethan Hawke's character, but because I understood the issues and fears that concerned him. I have aged with these characters (and in fact, I believe I am actually roughly the same age), and so while I again find myself in very different circumstances, I still identify with the places in life they find themselves. But that's true for the very form of the film too. Whereas the characters in Before Sunrise were young and brash and carefree, willing to spend a whole night together and make youth-filled promises that probably won't be kept, all within a movie that spans an entire night (they're young; they have all the time in the world), Before Sunset creates a different, older, more mature reality. This film is in real-time. There are responsibilities and deadlines. The choices these characters make affect themselves and others. Everything is much more immediate. Yet the story and the characters never lose the qualities – in some ways, the innocence – of what we started to love in the first film. They're still not that comfortable with each other, even though they've been dreaming of each other for all this time. Hawke still can't bring himself to be forward enough to touch Julie Delpy's hair. And what happens when the time is up? Well, no matter how apparent it seems, the end really is left up in the air. If we're lucky, Linklater, Hawke and Delpy will let us stew in our hopes and fears about this couple until 2013, and then they'll take us on this ride again – one appropriate to people in their 40s.

Rerelease/Reconstruction Special Mention
Two very different films were released in new versions this year, and I thought they both deserved mention. I hesitated to consider either for the above lists because the basic stories were not new, but both The Big Red One: The Reconstruction and Donnie Darko: The Director's Cut were vastly different, and to my mind better, films than their original releases. I didn't see the original version of Sam Fuller's World War II drama until after watching this "reconstruction" with something like 50 minutes of new footage, but it is a dramatically more complete film. And while I never disliked the movie, I also was never the kind of rabid fan of Donnie Darko that helped turn it into a cult phenomenon, but I walked out of "The Director's Cut" with a much better sense of what I had seen, and ironically, rather than disappointing me by completely changing my original analysis of the film, "The Director's Cut" simply enhanced, expanded and fleshed out all the things I had taken from the original cut.

And that's that! All the other films I listed as Honorable Mentions were also great times at the movies, and there are still a number of films that didn't make any of these lists even though I really enjoyed them – I just decided that at some point, I had to draw the line. So while I found Napoleon Dynamite to be a fun distraction, I didn't get much more from it. And while I may be one of the few people out there who loves the original Manchurian Candidate but also was satisfied by Jonathan Demme's new twist on the idea, the film simply didn't quite transcend into a level of greatness for me. I also liked many things about Closer, Kinsey and The Dreamers, but there was enough I didn't like as well. And while The Sea Inside contains a powerful and subtle performance by the brilliant Javier Bardem, and the issues of the film challenged me as I thought about it afterward, it simply didn't move me on an emotional level the way it seemed to affect so many others.

And then, as I mentioned before, there were a bunch of films that weren't released in 2004 – some will come out this year, others are still awaiting distribution – such as Palindromes, Look at Me and The Green Hat which certainly fit in with the top movies I saw this year, but I won't place on a list until they receive their theatrical releases.

I'll have a few more year-in-review comments over the next couple days (best performances, most overrated films, worst of the year) both here and in the course of the discussion over at the Conversation. But for now, that's my story, and I'm sticking to it.

huckabees could be one of the wurstest movies starring jude law, lily tomlin, AND a tall black dude EVER!!!!!!!!!!!

I don't think that you even have to understand the theories debated in the film to appreciate it. They're just caricatures; I don't think Russell for a moment thought the arguments of either side were intellectually rigorous. For me, the one side of the debate is just idealism written large, and the other is just depressed pragmatism written large; and the debate is a picture of the struggle we all have between hope and despair. But in Russell's hands it's very funny.

I guess I just hate to see this one take flack. I saw Huckabees just after the election and it was a lifeline. I just needed to laugh at the ridiculousness of everything. Red state/blue state indeed.

Your top two films are identical to mine. Although I haven't seen quite a few of the films you've listed, due to their not being release in Australia, I agree with your list more than most of the others I've read. Especially, the stuff about Linklater.

Jake: I didn't mean to insinuate that I thought people had to "understand" the theories at all. I was trying to say that you have to be open to accepting the possibility of their veracity. I agree with your overall description of them.

TM: Yeah, but considering that it's the only film to ever star Jude Law, Lily Tomlin AND a tall black dude, it's also the bestest. Cuthbert-stizz!