THERE GOES THAT THEORY (FOR ONE NIGHT ONLY!)

Back at the beginning of September, I wrote a post about IFC and Sundance Channel, praising them for cultivating their individual, and differing, personalities while both servicing the indie film audience. My premise was that while both channels showed any number of independent cinema both foreign and domestic, Sundance has become more real-world driven with a large focus on documentary and political programming while IFC has gone for more entertainment driven programming.

Well, ultimately I stand by that, but on Erev Election Night, i.e., next Monday, IFC is doing its own little political documentary block, and it's one that I will definitely be checking out. Although the shorter of their two featured films of the evening, the highlight has to be the television premiere of David O. Russell's Soldiers Pay, a 35-minute documentary that was supposed to be on the DVD re-release of the director's brilliant Three Kings, but Warner Home Video believed deemed too controversial. 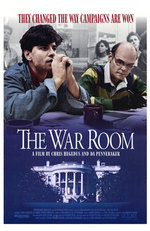 But you might as well pick a 2-hour 15-minute block to watch IFC on Monday, because leading-in to the Russell film at 8 PM, 10:15 PM, and 12:35 AM is the phenomenal Chris Hegedus and D.A. Pennebaker documentary The War Room which gives you an inside view of the 1992 Clinton campaign. 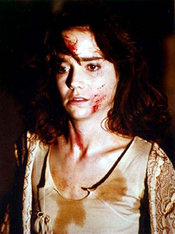 This weekend, they'll delight/scare (take your pick) with some classics from Italian horror film legends Dario Argento and Mario Bava including what they call the network premiere of the former's fantastic Suspiria. You can see the whole schedule here.

Just so you don't think I'm playing favorites, Mondays are usually DocDay on Sundance Channel anyway, and they have some pretty great politically motivated documentaries that day too, most notably at 10:10 PM Bush's Brain all about the president's #1 political advisor, Karl Rove. I haven't seen it yet, having missed it at both this year's Tribeca Film Festival, a special screening at the Walter Reade and a short theatrical run.

And yesterday I mentioned that last night was the premiere of the final episode of Tanner on Tanner, right? Well while it would have been very easy for me to check the schedule ahead of time to say, "Hey, they're showing all four episode on Sun 10/31 from 5-7 PM," I didn't and just guessed it was happening. But yeah … Sundance will be showing all four Tanner on Tanner episodes on Sunday from 5-7 PM. Considering that they're just a bit boring compared to the original Tanner '88 series, and not really all that scary, I find Halloween an interesting scheduling choice.

Great news about the Russell doc. Thanks (as always) for alerting me to it. (I swear, without you Aaron I would miss everything interesting on TV.)

As for Tanner on Tanner -- what a disappointment! Ugh.